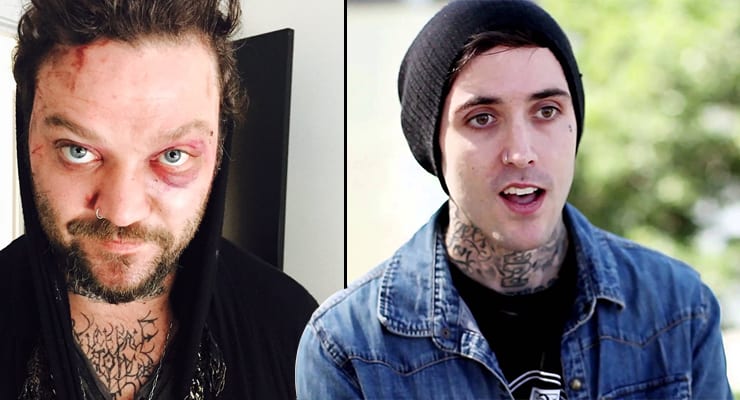 My name is Leon Hill, I’m an independent contractor who works with Secret Solstice festival. Since the Saturday night of the festival, I’ve been asked repeatedly by the media to make a statement regarding an incident involving Brandon “Bam” Margera at Secret Solstice 2015.

The below is the only statement I’m going to make on the matter.

While I’m omitting many details (especially those in relation to my time working for Margera), I’m only covering details I can back up with news articles, or the corroborating story of several other people. To avoid slander (as Margera is currently doing to me), I’m going to keep this as a factual account that can be proven.

I met Margera in 2013 when I was hired as the tour publicist of his first tour of Australia with his new band, the aptly-named Fuckface Unstoppable.

After the tour, I worked as the head of Margera’s digital marketing, handling his many social media channels, as well as some of his online press.

Cut forward to February of 2014, when I quit working for Margera.

I personally managed Margera’s YouTube channel, which wasn’t doing so well. For a guy who’d made his name in video, the only content I was being given to upload were things like videos of him urinating in a friend’s face, or Margera repainting his kitchen. His audience wasn’t responding very well to it.

After he’d reviewed earning figures of the channel, he didn’t believe the small earnings matched up to the number of views the channel had received. I was accused of changing earning statistics in his YouTube dashboard (which unless I was a world-class hacker capable of breaching Google’s systems, was impossible), and of being a thief – all on public channels like Twitter. Even though I had some very prominent YouTube stars tweeting him saying that those kinds of earnings were accurate in relation to the views, he still continued his tirade against me.

I didn’t tolerate being accused of something I didn’t do, so I quit immediately.

After I quit, I was threatened with legal action, threatened that I’d hear from his lawyers, and so on. As I expected, none of it ever came. However, Margera still held his misguided grudge against me.

This is the background of why the commotion at Secret Solstice 2015 started.

Last Saturday, Margera and his band Earth Rocker (a new band I’d never worked with before) played at Secret Solstice 2015. The night the incident in question happened.

It all started in our Óðinn VIP bar, where Margera had entered and was acting without any respect to anyone inside. When Angela [last name redacted], one of my staff spoke to Margera about his behavior in this area, he became verbally abusive, as well as extremely physically aggressive and threatening towards her. This was witnessed by around a dozen people.

Margera was so abusive towards Angela he had to be physically pulled away from her, after which he demanded to know who her boss was. She mentioned my name, and Margera became even more aggressive. According to several sources there, he started screaming that he was going to beat me up, and that I owed he and his band Earth Rocker $90,000. I don’t know where he’s pulling that figure from, especially considering I’d never worked with Earth Rocker, but I know at the very least that’s what he was screaming about.

After all this, Angela came to the production room and told me what had just transpired. I told her our security wouldn’t tolerate this kind of behaviour, and to report it immediately. She went to do exactly that, but unfortunately she wasn’t fast enough as it didn’t stop what was about to come.

I didn’t know at that point it was Margera who was trying to lure me into the media room away from our staff and security where he was waiting for me, I believe, to attack me. But it wasn’t long until I did.

Margera admits that he sent someone posing as a Rolling Stone journalist to lure me into our media room in the video he released to the media where he slanders me, though he doesn’t name the person he sent. So it’s not only Margera that appears responsible for these cowardly actions, I’m happy to name it was Ed Delahunty of Media Giraffes – someone currently employed by Margera – who was confirmed by at least one of our receptionists as this fake Rolling Stone journalist. Nice one Ed, truly professional actions.

I left the production room (obviously avoiding the media room), to go to the bathroom, and almost immediately after was when an enraged Margera, screaming at the top of his lungs, was seen exiting the media room by myself and many others.

Margera was screaming for me. Nothing or nobody else, just me. I think I might have annoyed him just a little when I didn’t fall for his simple ruse.

He went straight for our production room, where he screamed at the receptionist looking for me, before he ended up in front of the artist’s bar, still screaming my name. It was at this point he was confronted by at least one Icelandic musician who began to call for security, and for Margera to leave our festival site.

Several more people joined him to create a barrier between Margera and myself, attempting to drag him away. However, Margera tried to head butt one of them, pushed them repeatedly, and then finally made an aggressive push towards me where I believe his only intention was to attack. It was only then Margera himself was met with force.

The above is as close as I can accurately portray of the events that happened that night.

I had nothing to do with the violence that occurred. I didn’t ask for anyone to act on my behalf. And I believe the only reason Margera is saying I did this to him is so he can save face, and not look like the instigator of this entire event.

I’d like to ask all of you to give those few Icelanders implicated of being the violent instigators of this incident a break. They weren’t. They were a few fed up musicians that were sick of Margera treating their people, their country, and our festival staff, like his personal dumping ground. These musicians were doing nothing more than defending themselves from his physical violence, as well as defending me, after Margera attempted to instigate violence towards us all.

I’d like to apologise to the people of Iceland, and to anyone who was affected by this incident. As an outsider in your incredible country, and someone who has been associated in some way with this unfortunate negative activity, I’d like to express my sympathies in any capacity I can.

Finally, to everyone who is abusin­g Margera online for the incident in question, or defending me by retaliating on social media, I’d like to suggest that it should stop immediately. Although he seems to still have a grudge with me, I don’t have an issue with him at all, apart from his actions at the event that resulted in me personally receiving some negative media attention. Regardless of what he’s saying about me, I can take it. I’m an adult.

It’s time we all get over this, and get on with our lives.