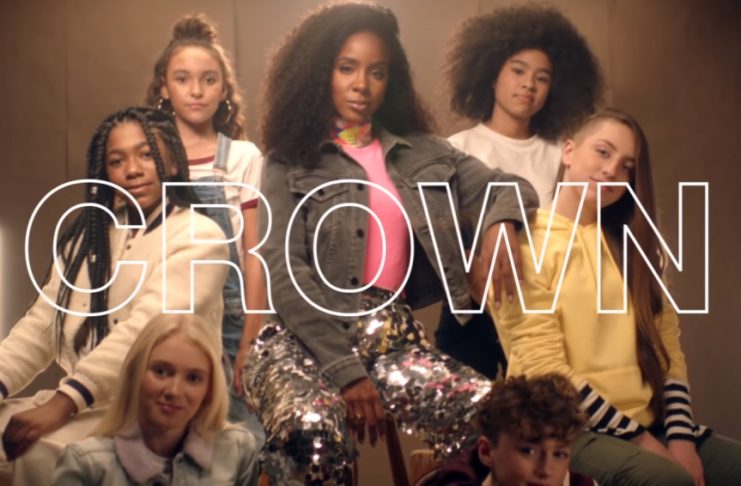 “I was expelled from school for having braided hair extensions,” a young woman says, in a rather rueful tone.

“There was this kid who bullied me,” another one adds—while lightly touching a lock of her short hair—”(He) called me a boy and said I looked ugly.”

Following these sketches of first-world tragedy, the camera cuts to a proud Kelly Rowland—flanked by three kids on either side—striking a kind of big-sister pose. “Pick on someone your own size,” her posture exclaims.

The camera lingers on this image awhile, before cutting away to Rowland launching energetically into the chorus:

The song’s message of empowerment, which revolves around the equation of human hair with a crown, is undercut by an element of tactlessness—considering that baldness is a sensitive issue among a significant portion of the global populace.

A research paper published in 1998, for example, found that 42% of men between the ages of 18 and 49 experienced “moderate to extensive” hair loss. And women aren’t immune either. “By the time they reach age 50, roughly half of all women will be dealing with some degree of pattern hair loss,” reporter Rebecca Lake writes on the Web site Credit Donkey.

“Uneasy lies the head that wears a crown,” Shakespeare wrote. But so do the uncrowned heads of bald people everywhere, according to the questionable logic of Kelly Rowland’s catchy, but impolitic, pop song.