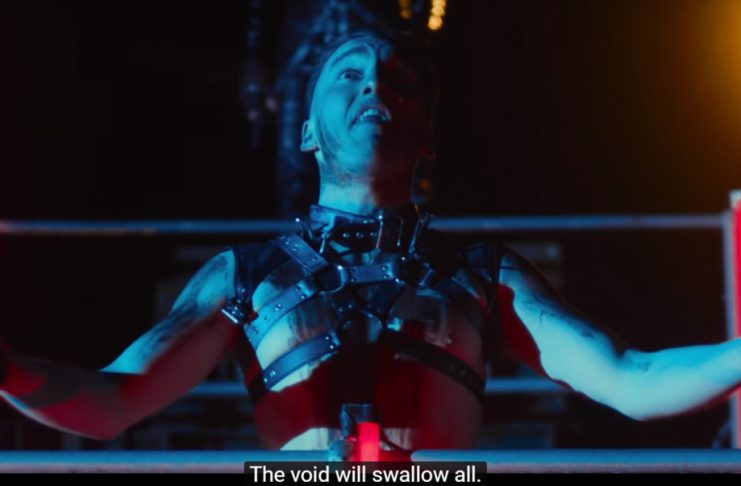 Of all the truths that Iceland’s Eurovision frenzy exposed about our society, no moment was quite as revelatory as a brief televized interview with a young Icelandic schoolgirl (aired last Sunday). When asked what she thought of Hatari’s Palestinian-banner “stunt,” she replied: “I thought it was a little rude.”

When asked why she felt that way—by a reporter whose journalistic principles afforded no latitude to even the most innocent of children—the girl’s stern demeanor dissolved immediately into a charming and embarrassing smile:

“That’s what my mother said. I forgot to ask her why she said that.”

The little girl’s faux pas says something about human nature, perhaps—that we’re an impressionable bunch, mankind, whose opinions, very often, depend just as much upon our environment as they do our intellect—but, more importantly, it says something about the difference between children and adults; children, whose unworldliness lends them an endearing humility, are willing to admit when their rationale fails them, whereas adults often lash out, double down, or prevaricate when confronted by the questionable origins of their own opinions.

With this in mind, scrolling through the comments’ section of Icelandic media during Eurovision season proved an interesting sociological case study. When browsing the social-media profiles behind some of the more outrageous and angry comments—in search of their origins—one was left with a rather unsurprising picture. Very often, it seemed*, the invective stemmed from older people; from rural areas; with nationalistic, or at least patriotic, tendencies (political slogans or Icelandic flags often adorned their profile pictures); who appeared mostly uneducated (judging by their spelling and grammar), but not always; and, it would seem—hungry for social validation (many of them seemed to post frequently on Facebook while rarely receiving more than a handful of “likes”).

And so it was that the person who said, “Hatari are idiots and a disgrace to this country” was an old man from the countryside with a dictatorial mustache who fervently opposed the third energy package.

The person who asserted that, “Hatari should have done more” and that “waving flags was a cop out” was an elderly animal-rights activists and apparent misanthrope—with a seemingly unhealthy obsession with cats—who posted regularly on Facebook but received, judging by the two dozen posts previous, very few reactions.

And, finally, the person whose comment began, “the oft-repeated, extremist torrent of assertions made by the Icelandic anti-Semites … “ appeared to be an outspoken nationalist, a frequent sharer of cat memes, whose friend-list read like a who’s who of local xenophobes.

And all of this seemed quite right.

But reason should transcend facticity.

In light of this logic, I meditated upon the source of my own views. I wondered whether my reluctance to voice an opinion on Hatari stemmed from my own moral cowardice (as I sometimes suspect); or whether it owed—as I would like to believe—to my belief that my opinion was not important; and that if I had any real desire to change Israeli-Palestinian relations, I had better shut up about my opinions and do something. But this smacks of rationalization; after all, it would be in the interest of anyone too frightened to speak out against injustice to defend his timidity with reference to the futility of mere words.

In the end, I may be just as confused about the origins of my own opinions as anyone else. I just hope that I can muster the requisite child-like humility to be honest about my prejudices; it’s the precondition for truth.

(Side Note: This is not to say that there weren’t valid and thoughtful criticisms leveled at Hatari—whether, e.g. we should have boycotted Eurovision altogether—but that most of the insensitive ad-hominem attacks seemed to have originated with a particular stratum of society, although I have no scientific data to back up this notion).

*These are precarious inferences to make, admittedly.