Quavo’s Guide to Women Worth “Keeping” 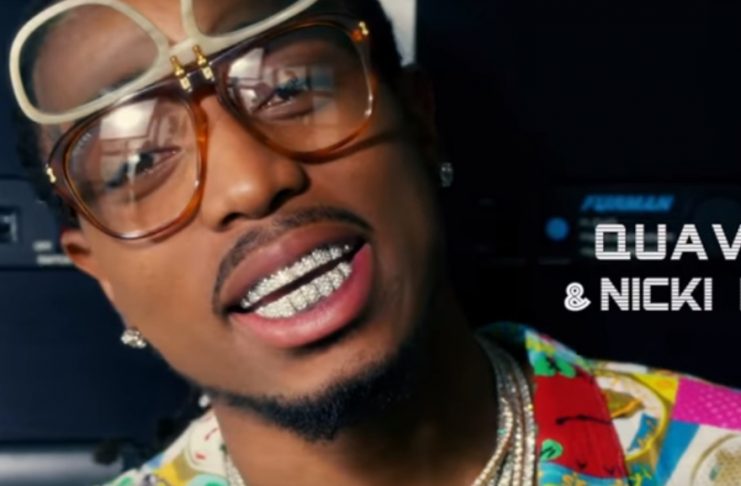 Recently, the American philosopher Quavo meditated upon the nature of long-term relationships, and, discovering his rumination altogether too broad to be useful – narrowed the scope of his musings by distilling them into a single eloquent question:

“An age-old inquiry, indeed,” he conceded – “and yet one that is worthy of re-interpretation, given the commercial zeitgeist.”

Strapping on his neon green fanny pack, lacing his rare Reebok sneakers, Quavo set out to enumerate all of the criteria that a woman must fulfill in order to qualify as a viable candidate for lifelong companionship, and – in order to remind himself of the riddle’s urgency – slipped into a designer Hawaiian shirt, decorated, symbolically, with innumerable ticking clocks.

In religious silence, liberated from the ever-officious tentacles of technology, which are, as most modern artists will concede, a grave detriment to deep thought, Quavo approached the question from many different angles – peering at the riddle through the lenses of his twofold glasses – working upon it from his various fields of expertise.

Finally, having reached his conclusion – and predicting that it might prove useful to amorous young men – decided to publish his findings in the form of a lyric, contained within a song entitled “She For Keeps.”

Below, I have translated his incomprehensible mumbling and enunciated his findings for the benefit of our readership, and society as a whole:

A woman is for “keeps” if she is deemed worthy of extravagant consumption, if after one has purchased bagfuls of clothing and Bengal diamonds, one is not, in the least bit, rueful of the expenditure.

A woman is for “keeps” if she possesses an eye for photography, especially as regards her aptitude for narrowing down the visual field contained within the frame.

A woman is for “keeps” if she refrains from airing her dirty laundry in public.

Like the way she keep her business all personal

A woman is for “keeps” if she is simultaneously compatible with her male suitor – generally speaking – and if she is capable of understanding and empathizing with the suitor’s worldview.

A woman is for “keeps” if her vagina is forever moist like marine algae.

A woman is for “keeps” if she can persuasively recreate the illusion of walking forwards while actually sliding backwards (also known as Michael Jackson’s motional paradox), while concurrently living a lavish lifestyle worthy of Barbara Windsor.

Moonwalking on slabs (moon)
She live life like Babs

Finally, a woman is for “keeps” if she possesses long hair and long nails; if she is prepared to embark upon a prodigal shopping spree in a special administrative region of China; and if her voluptuous rear end tests the elasticity of her jeans, so much so that wearing a thong would be a nuisance.

Nails and hair all long, shoppin’ spree in Hong Kong
Ass fat in her jeans, she don’t like to wear thong

In short, Quavo is simply looking for your run-of-the-mill GIRL-NEXT-DOOR: a discreet, sex-crazed amateur photographer, who both inspires and deserves extravagant consumption, while also empathizing with his fantastical worldview.

Surely, such women abound* – and surely Quavo must be, precisely, the man they are waiting for.

*Some have argued that Quavo intentionally set such strict standards in order to justify his continued philandering in good conscience.